In Shadow Fight Arena, you create a dream team of 3 fighters to defeat the opponent’s team. All heroes have unique upgradeable abilities that interact with each other and can be leveled up. Choose the right fighter to counteract the enemy’s tactic and win the battle! Control your hero like in classical fighting and get a console-level battle experience on your mobile device. Discover the famous Shadow Fight series of games that have been downloaded more than 500 million times. 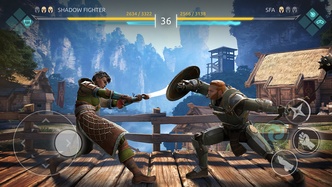 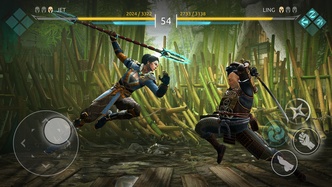 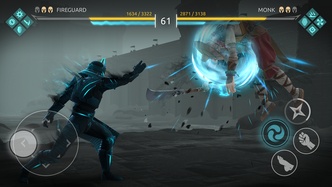 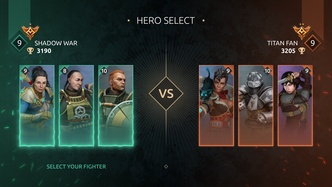 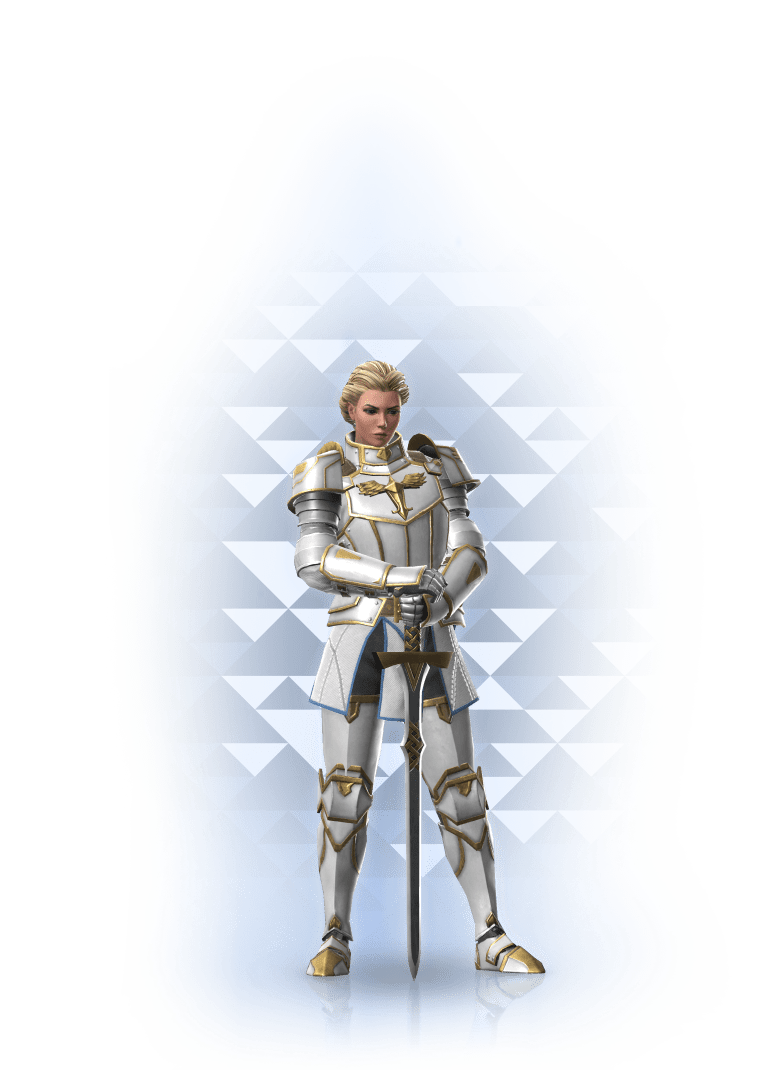 Helga belongs to the royal family, but has no right to inherit the throne. Like all Abdicators, she grew up in the Tower, completely isolated from the outside world. There she tried to learn to control the mysterious energy of the Light. But only when Helga escaped from the Tower, the powers of Light finally gave in to her.

Your Shield of Light will shine when you receive fatal damage. Your opponent will most likely try to escape; after all, in this ability lies Helga's true strength! Combine her attacks with the Shining Wings ability to prevent her opponent from escaping! 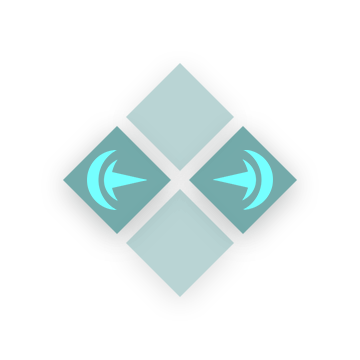 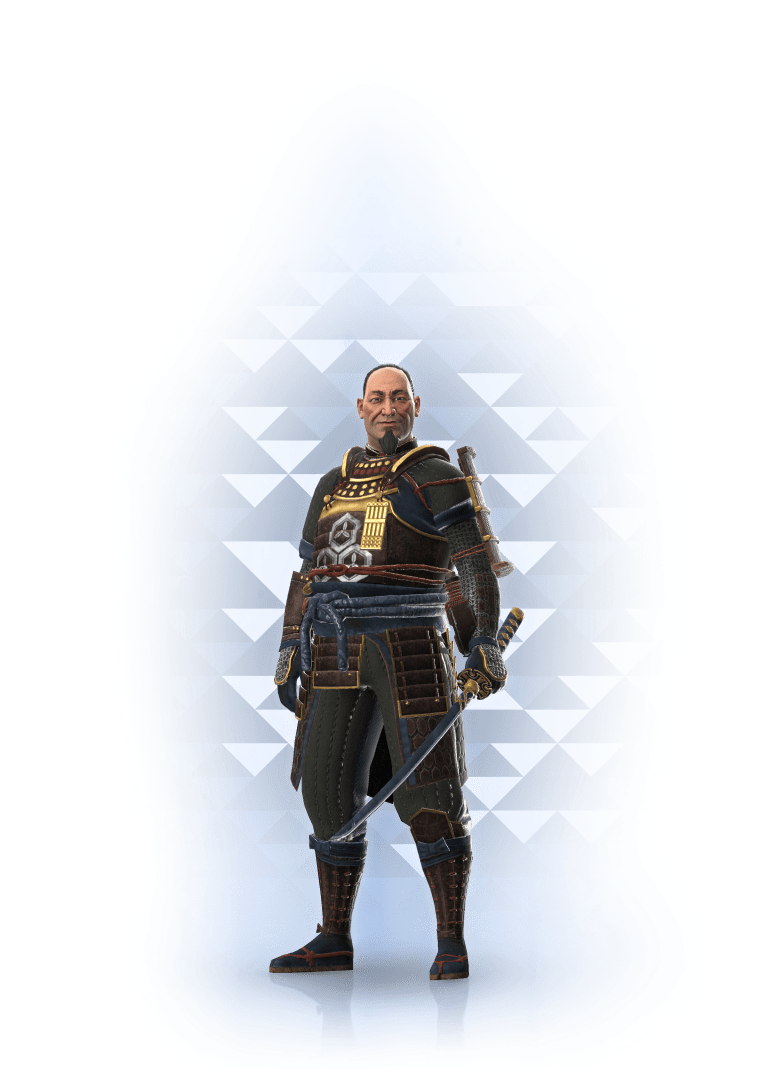 When the Shadow Mind revealed himself, everybody panicked. But not Ling. This old Shadowsmith knew long ago that shadow energy was sentient. Armed with his trusty katana and mysterious flask, master Ling enters the tournament!

Ling doesn't like to rush. Patiently avoid and block your opponent's attacks. But when they open themself to an attack, crush them with all the might of your katana! 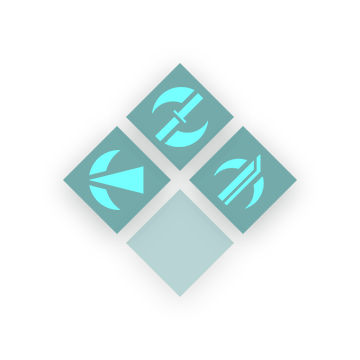 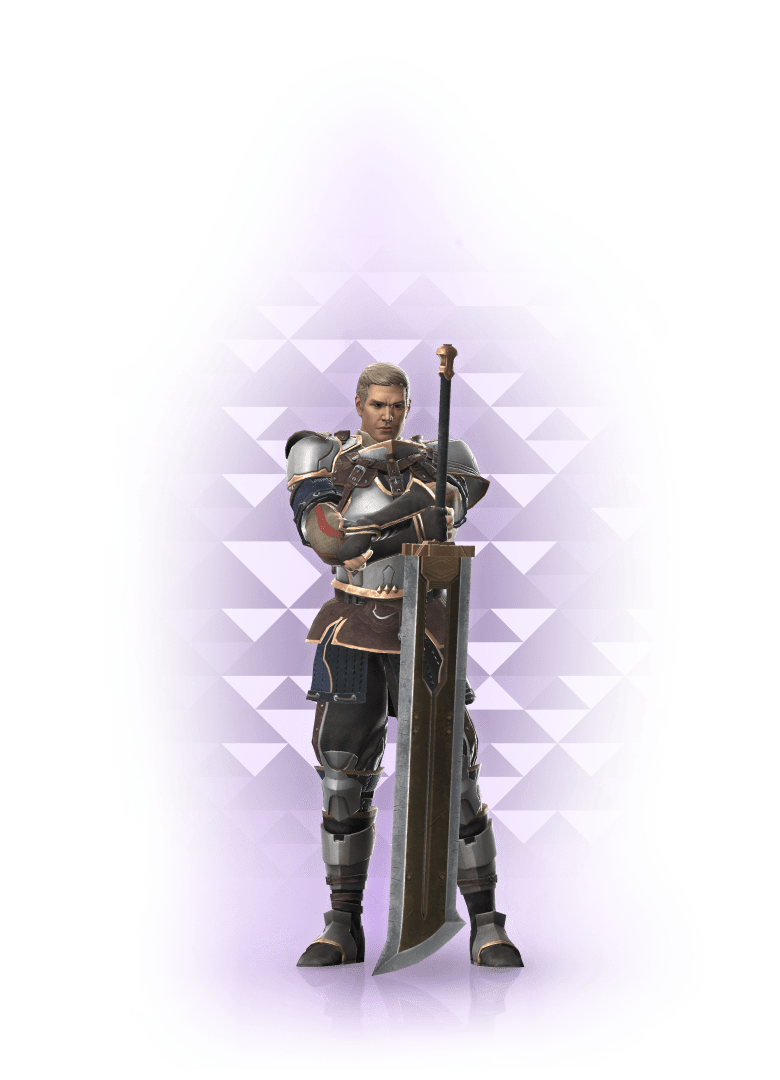 Marcus, the great hero of the past, was the only one who refused to participate in the tournament. But the Shadow Mind always gets what he wants, and somehow he forced Marcus to do it. The hero was famous for his unbending will, but is he still the Marcus we know?

Marcus' giant sword deals a lot of damage, but it's very heavy. Remember that it will be much harder for your opponent to dodge when the Through the Glitch ability is activated! Marcus' attacks become fast and unpredictable. Learn to use them and become an unstoppable force! 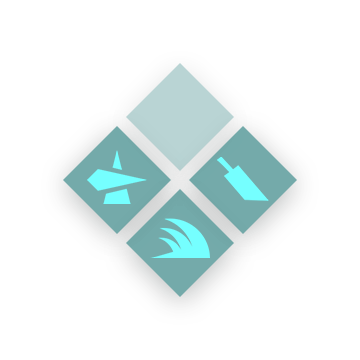 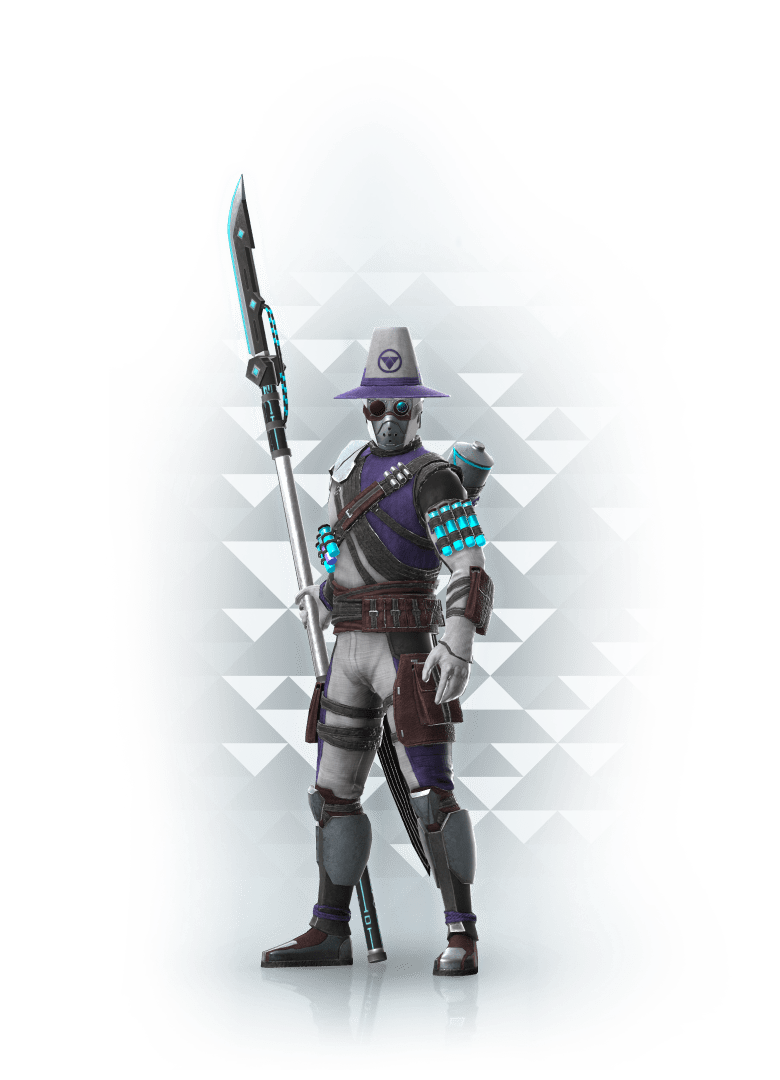 He's already made a mistake once, and he won't let himself make it again. Feldsher Azuma is a specialist in dealing with shadow disasters. He knows very well how to hold back those possessed by shadow energy, and will not hesitate to use his skills in a tournament.

Your attacks neutralize shadow energy! This is a great ability to control an opponent who relies on his shadow energy. And if your opponent enters shadow form, knock him out of it with a successful attack! 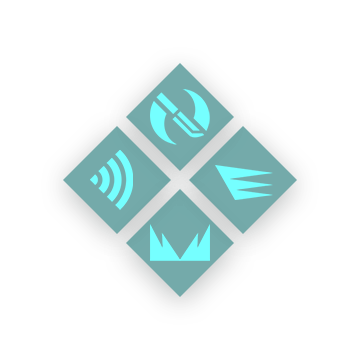 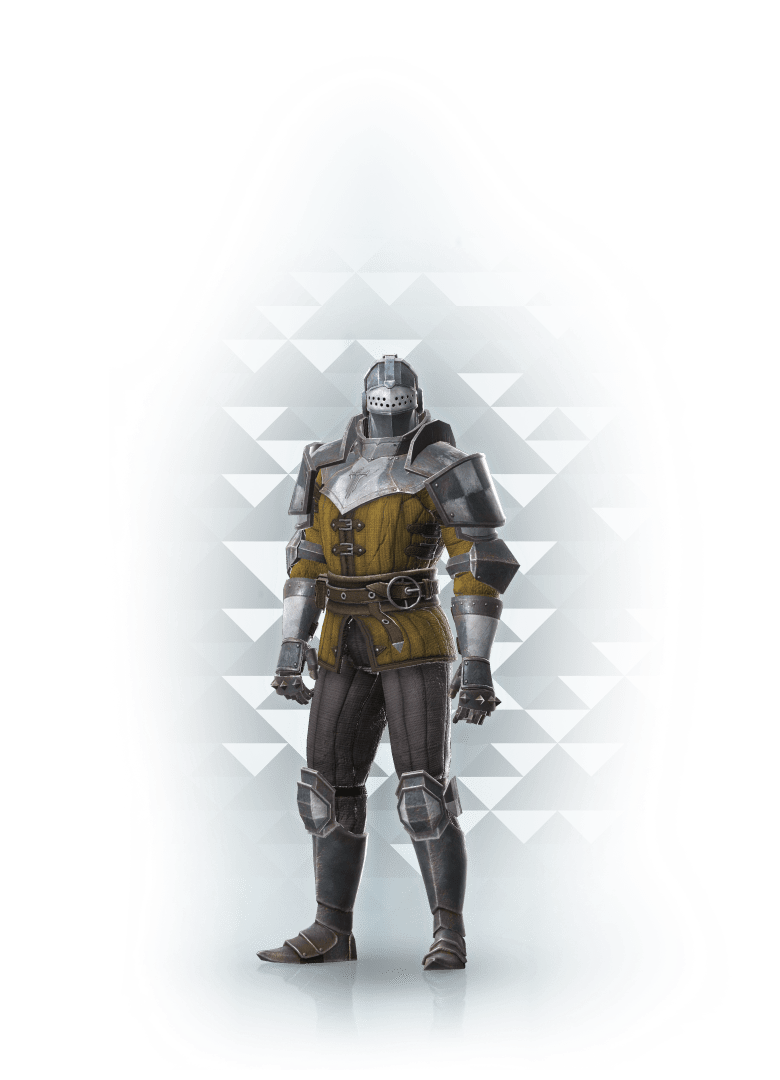 Ironclad has nothing left to lose. A wrongly convicted felon, he has no right to carry a weapon. But that's not a problem for a master of hand-to-hand combat. He's participating in a tournament to justify himself... and maybe break a couple of jaws while he's at it. This warrior is incredibly stubborn; the more attacks he gets, the stronger his defense becomes. Nothing can stop the Ironclad!

In close combat, this hero has no equal. If you feel your opponent is too far away, use your shadow abilities! They'll help you to close the distance quickly. Also, the Ironclad doesn't have a ranged attack, but he doesn't react to his opponent's! 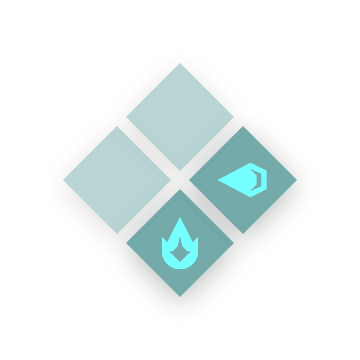 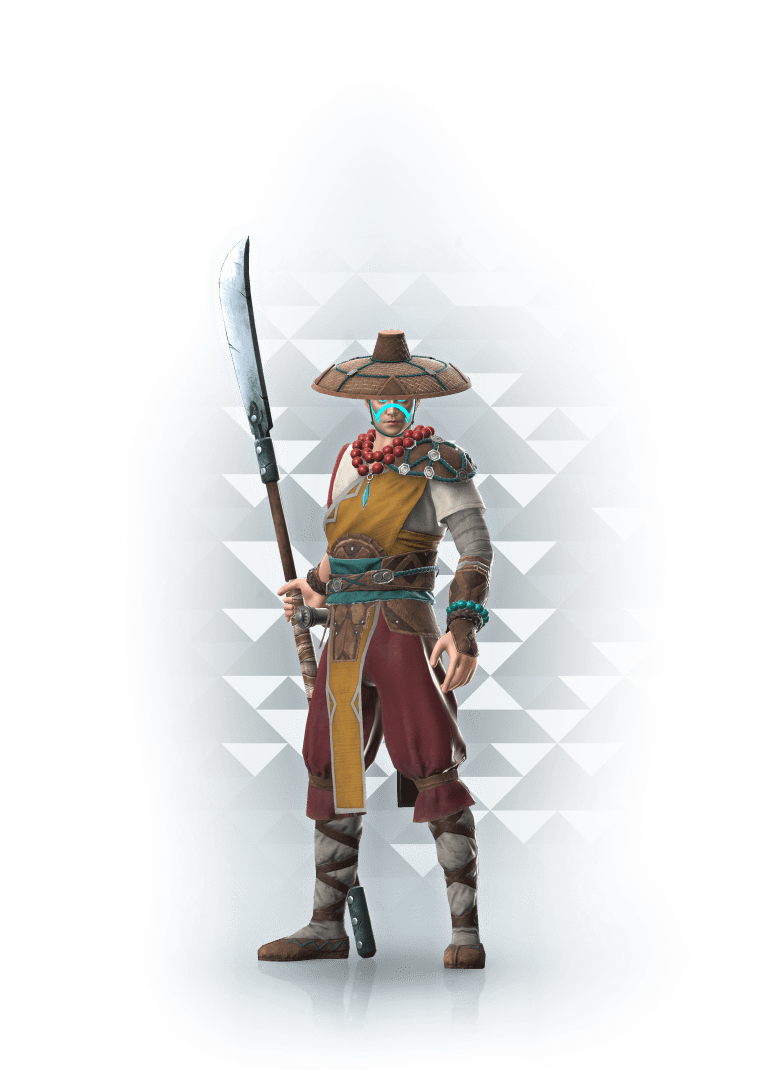 Calm on the outside, Shang the Monk is a fearsome warrior who worships the Shadow Mind. Every time Shang hits or is being hit, he gets extreme amounts of energy for his shadow abilities. In his quest for absolute power, Shang will stop at nothing!

Unlock the true potential of this hero in his shadow form. Successful combos of Shang's shadow abilities will allow you to overwhelm your opponent quickly and efficiently! 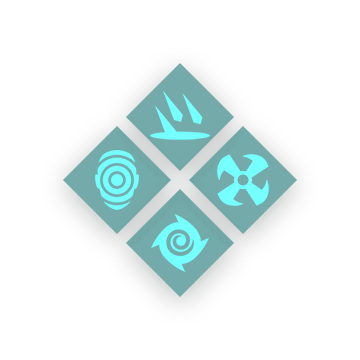 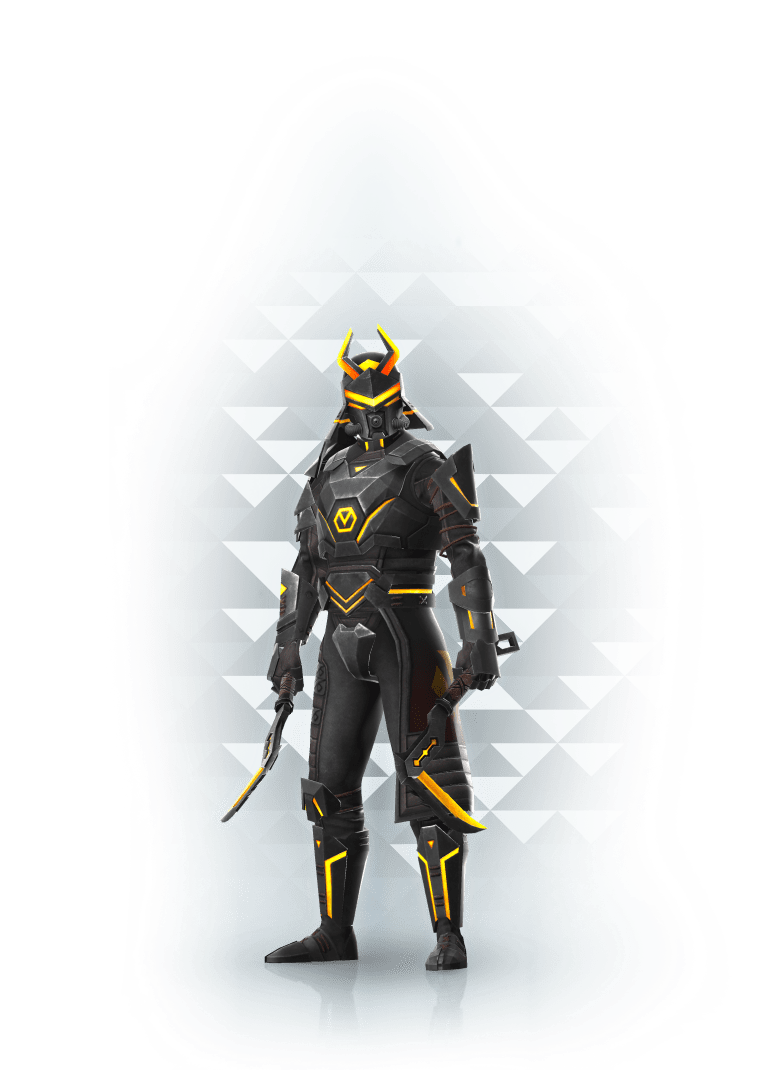 Fireguard was created in a secret research laboratory of which only the ashes are left. This shadow bot can infinitely generate shadow energy and transform it into all-consuming flames. Fireguard's true purpose remains a mystery, and anyone who gets in his way will be destroyed.

Don't be afraid to spend your shadow energy: Fireguard restores it automatically. His various shadow techniques are useful in many situations. And if you're in danger of being defeated, stay close to your opponent; after taking fatal damage, Fireguard activates the self-destruct protocol! 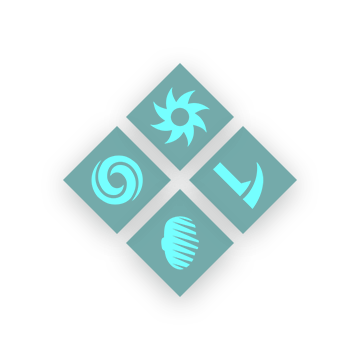 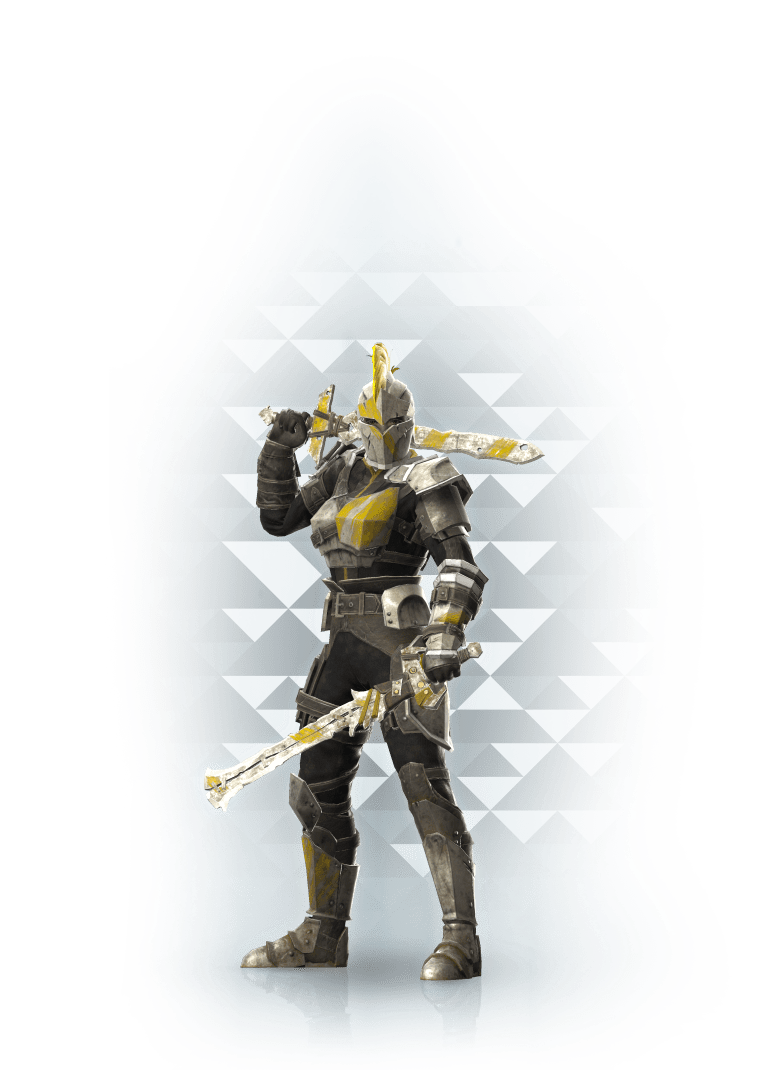 Kate is a liquidator. These special Legion soldiers have a unique genetic ability: they can burn out the shadow energy of their opponents. One of the best liquidators, Kate is especially dangerous for any shadow energy user: she can drain the opponent's shadow energy and use it against them.

If your opponent is a shadow energy master, don't be afraid to play aggressively! By taking their shadow energy, you take away their combat advantage. Use your shadow abilities to improve your chances at victory! 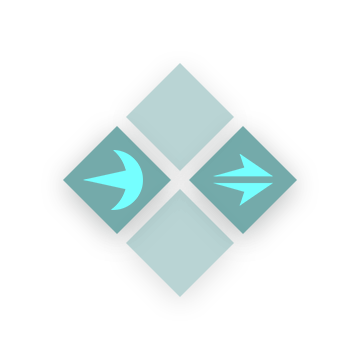 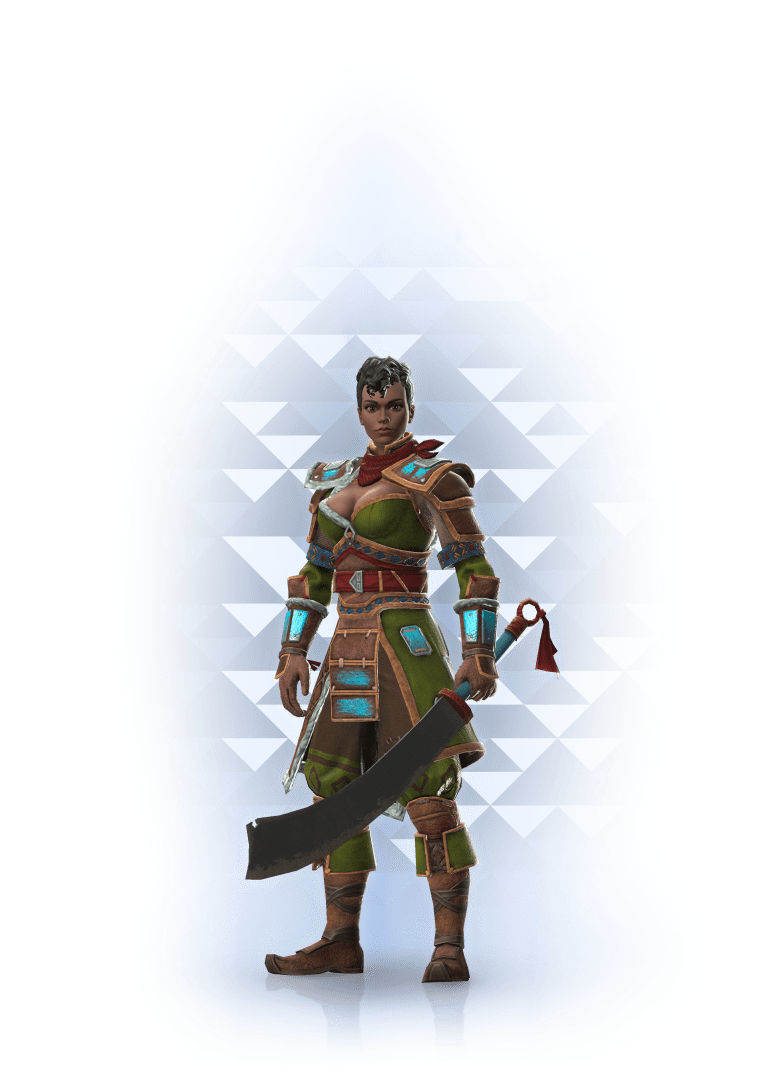 In these difficult times mankind needs strong leaders more than ever. Revolutionary Yukka intends to create a new world without factions, rulers, or classes. And she's going to use the strength promised to the tournament winner to fulfill her dream of utopia, no matter the cost.

You can command Shade to attack your opponent at any time. Do it often! And when your opponent makes a mistake, you can throw all the power of Guillotine on him: the more Wounds your opponent has, the greater the damage of this ability! 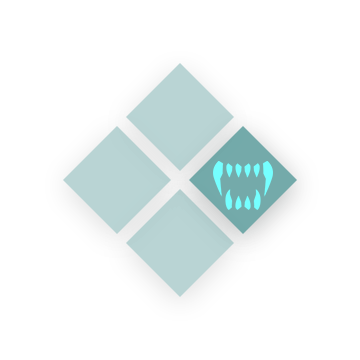 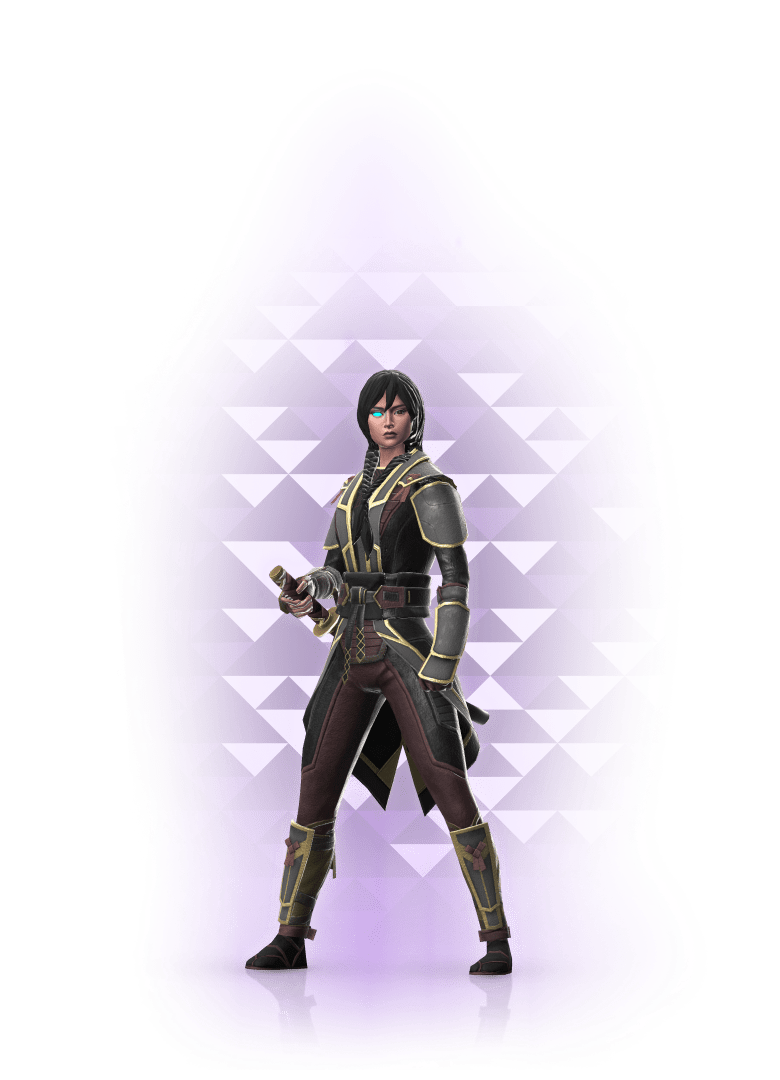 Her eye, shining with shadow energy, became an eternal reminder of that battle with the Shadow Mind. That time Kibo lost, and she swore to never lose again. In combat, Kibo uses a unique technique - Shadow Onslaught. With the help of shadow energy, her dashes inflict increased damage!

Accuracy above all! You can't afford to miss: Kibo loses shadow energy if she doesn't hit. Try to consider the distance to the opponent before each attack. But even if you missed, don't be discouraged - Kibo accumulates shadow energy very quickly! 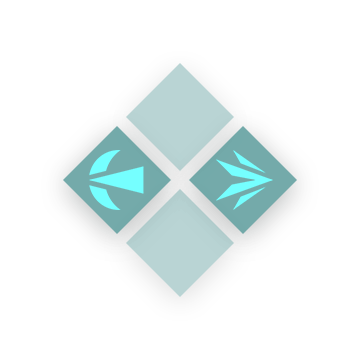 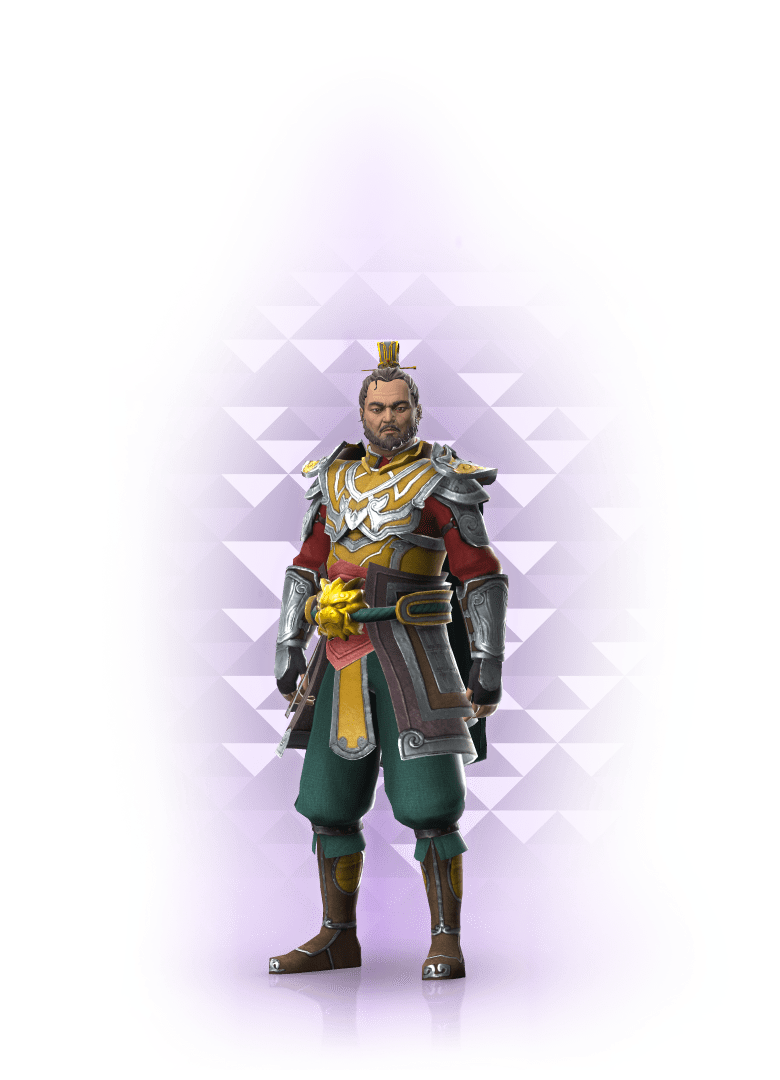 The story of the Emperor is used to scare naughty children. Long ago, he used to be a kind ruler. But suddenly he snapped and destroyed the Dynastian capital with his own hands. That tale is only half the truth. The Emeperor's body is possessed by a Shadow Beast. It consumes shadow energy and awaits the moment to break free; may gods help anyone who faces him when this happens.

Accumulate shadow energy as quickly as possible. When the Emperor becomes a Shadow Beast, your damage will increase drastically! In this form, your best strategy is to be aggressive. Few can withstand the power of the Shadow Beast! 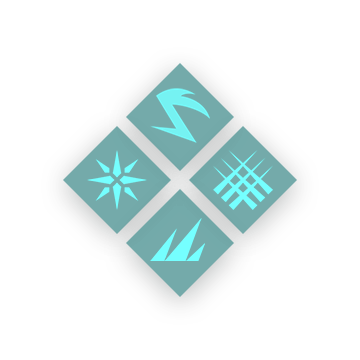 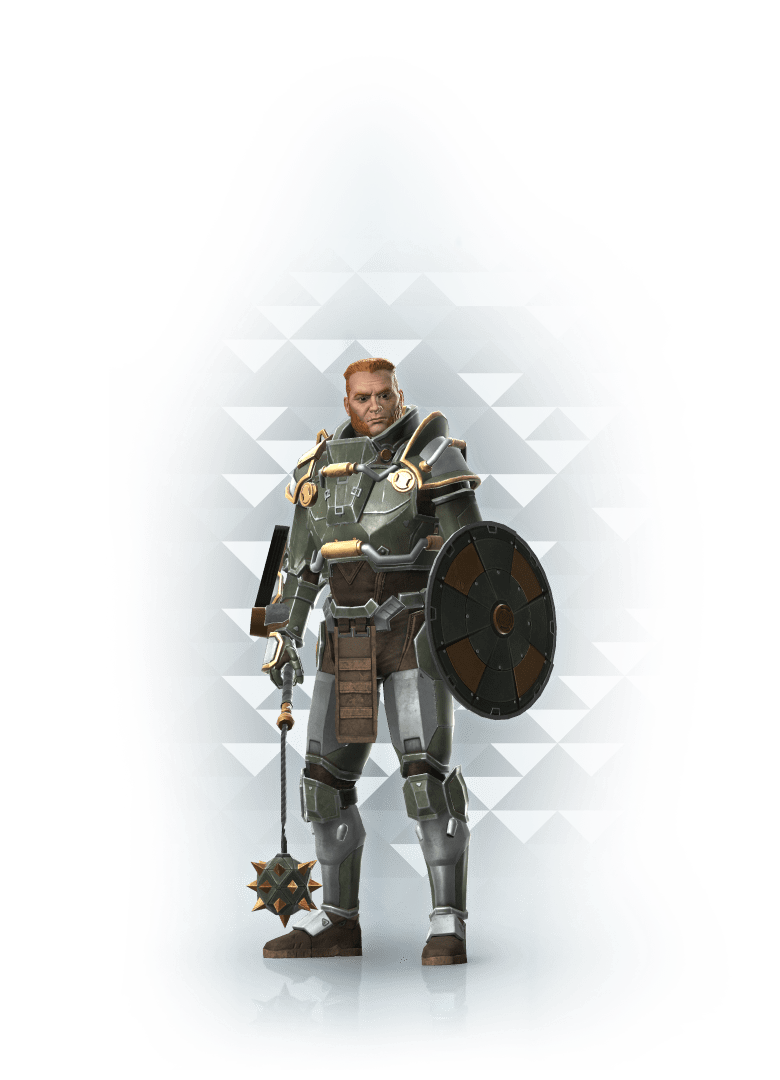 One day it will be over for the Legion. The last remaining warrior will raise his shield between the citizens of the capital and hordes of shadow beasts. For 72 hours he'll be restlessly fighting the flood of beasts to keep them away from the breach in fortifications. And then the Shadow Mind will use its powers to send this warrior into the past - straight to the Shadow Tournament. The warrior will disappear, and the capital will fall. And that's how Jack Bulwark will find himself in our time.

Jack never gives up. So when your opponent enters the Shadow form, don't even think about backing down! Use the Shadow Fortress to block attacks and continue your offensive. And even if you feel like you're losing, don't despair: Fractures persist between rounds! 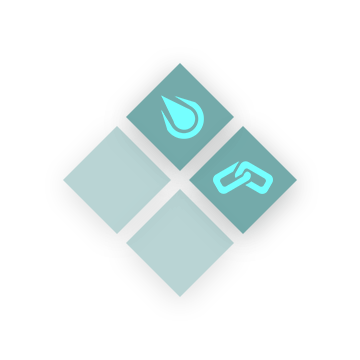 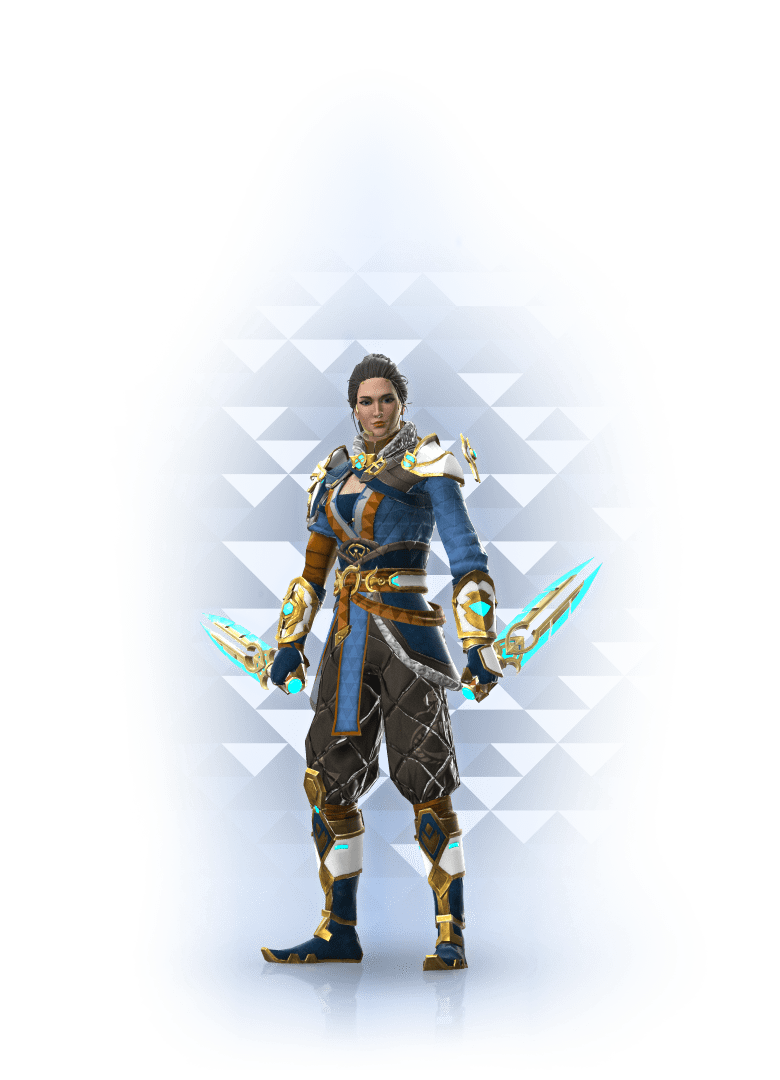 Nomad Jet arrived in our world from the distant future. And she will not return home until she achieves her goal: to defeat the Shadow Mind and prevent the demise of her people. Her agility and extra-long combos are equally beautiful and dangerous!

Be careful at the beginning of the battle. But when you gather enough Cyclone charges, turn into a Tornado of destruction! Your attacks will break through the opponent's blocks and then they'll be no match for your whirlwind of strikes!